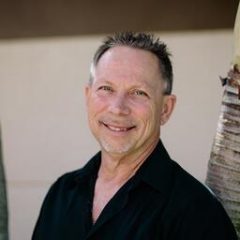 Dennis Gingerich earned a Bachelor’s in Social Work & Bible from Eastern Mennonite University in 1976 and a Master of Divinity in 1979. Pastor Gingerich started his career at Elmira Mennonite Fellowship in Elmira, New York where he was a pastor from 1979 to 1986. In 1986, he became the Founding Pastor at Cape Christian Fellowship in Cape Coral and still serves as a pastor there today.

Since 2003, Pastor Gingerich has presented at six conferences including the most recent “TransforMissional Living,” Evana Pastor’s Retreat. He has also started a blog called Inspiring TransforMissional Leadership. In 2001, Pastor Gingerich earned the “Citizen of the Year Finalist” from the Cape Coral Chamber of Commerce and in 2018 earned the “Elmer Tabor Generosity Award,” Excellence in Nonprofit Performance Yearly (ENPYs) Award.

Pastor Gingerich will serve as the Uyeno Foundation’s Virtual Symposium moderator, guiding us through a conversation regarding the evolving mental health care crisis faced by frontline workers. Join us on March 25th at 9AM for this free event and hear from more of our distinguished panel. Register today!